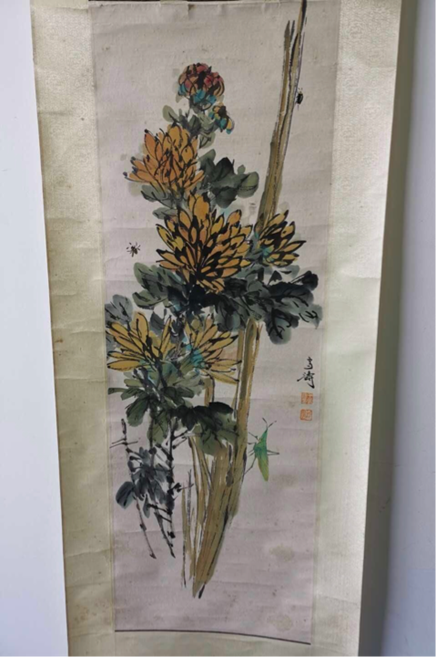 Wang Xuetao studied painting under Qi Baishi, Wang Mengbai and Chen Banding. His works are widely drawn, exquisitely conceived, fresh and beautiful, and he is a famous flower and bird painter in modern China. He has made outstanding contributions to China's small freehand flower and bird paintings. He is an influential flower and bird painter in modern China. Wang Xuetao is good at describing the colorful and lively world of flowers and birds, and is good at expressing the painter's spiritual feelings and moving imagination. He is good at using smart and changeable pen and ink to blend the color rules emphasized by western painting into traditional inherent colors; He can also accurately grasp the dynamic flowers and birds, and can reflect the fleeting interest in blending with the scene. 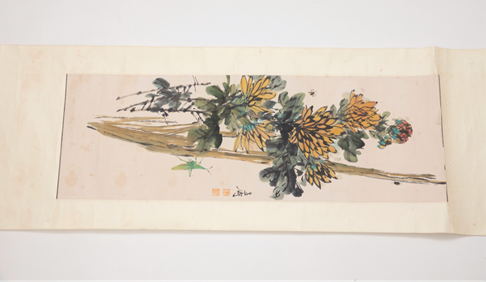 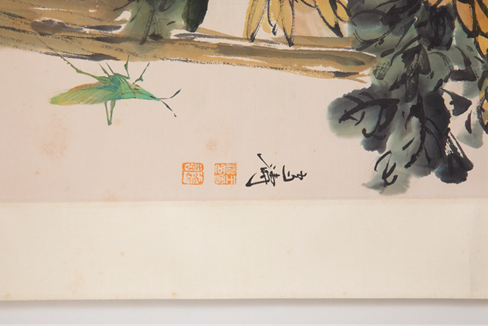 Therefore, his paintings of flowers, birds, insects and fish are meticulous, varied, interesting and vivid. He got rid of the rigid formula of flower-and-bird paintings in Ming and Qing Dynasties, created a fresh and vivid style, and became an influential flower-and-bird painter in the 20th century. He inherited the fine traditions since Song and Yuan Dynasties and learned from each other's strong points. His works are wide in subject matter, ingenious in conception, beautiful in appearance, fresh and full of pen and ink. In his creation, he advocates "learning from the law, expressing one's own feelings, integrating things with me, making use of others before learning, and constantly innovating". 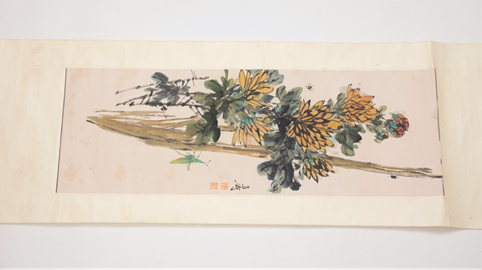 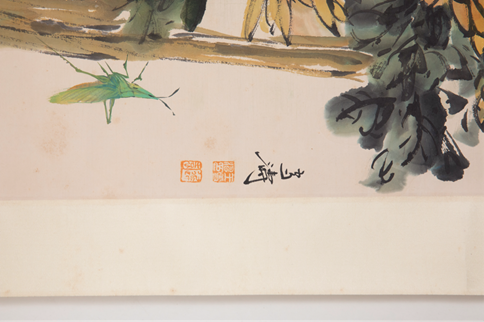 Wang Xuetao is known as the "Peony King" among modern painters. The more popular the subject is, the more difficult it is, the slightest carelessness, and it will fall into a gaudy situation. Therefore, in ancient times, many people only dared to express peony with ink and wash, such as Shen Zhou, Tang Yin, Chen Chun and others, who were able to study their changes with color, and were full of fragrance. Wang Xuetao was indeed the perfect candidate.

Different from western painting, Chinese painting mainly expresses inherent colors, with ink as the auxiliary color. If you want to highlight the sense of plane depth, you need clever skills to express it under traditional materials. This collection is a Wang Xuetao-style painting, which is exquisitely painted, colorful and well preserved. Wang Xuetao consciously shows the level of the picture with layered scenery. So that the whole painting is rippling with a unique charm of Chinese painting.

Mr. Wang Xuetao's masterpiece is a rare treasure of Chinese painting and calligraphy, which combines his hard work, talent, spirit and skill. It is elegant in temperament, full of ink and ink, rich and just right, and smart and vibrant. On its artistic level, it can be regarded as the best choice for China, staying in the Louvre and having a place in the world art forest. What's more commendable is that collectors have been unmoved by the turbulent market for decades, and stick to the national treasure's high moral integrity, which is really admirable and crying. Such integrity should be ranked first today! Admire! Sigh!